How to measure the thickness of thin films 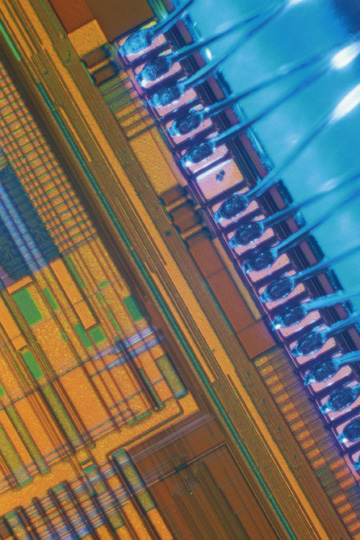 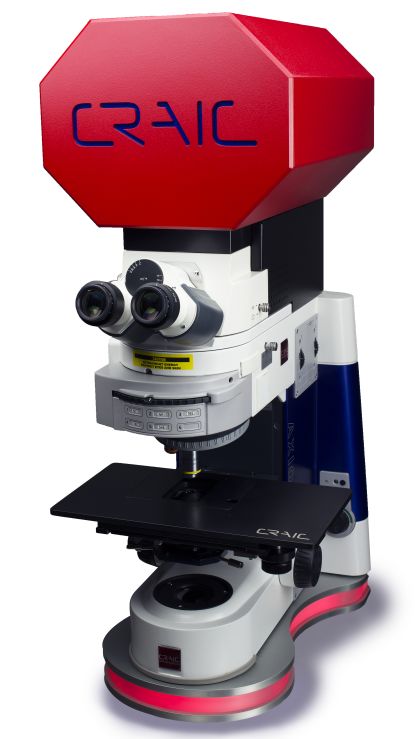 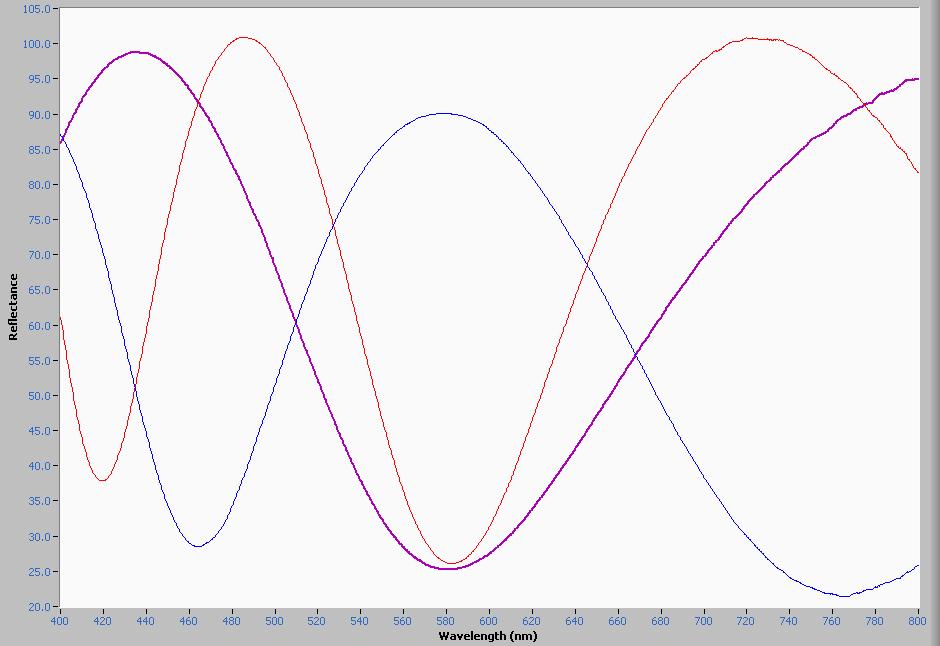 Interference Spectrum of a Thin Film

Thin films are layers of materials with thicknesses ranging from a few atoms to microns. The main uses are for optical coatings, building semiconductor devices and for thin film photovoltaics. The thickness of the film is carefully monitored and controlled so that the final product may function as designed. This can be done by a number of methods but optical techniques are preferred as they are non-contact, non-destructive, fast and accurate. For microscopic sampling areas, microspectrophotometers such as those made by CRAIC Technologies™ are used frequently.

Imagine a film of oil on water. It appears to have all of the colors of the rainbow. This is because the light is being reflected both from the top surface of the oil (the oil-air interface) and from the bottom surface where the oil meets the water (the oil-water interface). The light from the two interfaces is reflected and the two rays interfere with one another. Depending upon the thickness of the oil layer, the refractive index of the oil, and the angle of the observer one of the colors of the rainbow will be observed at a particular point. As we change the angle of observation (by looking at another spot on the water), the colors will change. This is why oil on water appears to have a rainbow of colors. A CRAIC Technologies microspectrophotometer can measure those colors either in transmission or in reflectance. The result is an interference pattern in the spectrum. From this, calculations can be performed to deduce the thickness of the film with a high degree of accuracy.

The refractive index (n) and the extinction coefficient (k) of the material define how light propagates through the film. The value of both n and k are wavelength dependent and differ from one material to another. The n and k values of many different materials have been modeled and these for the basis of thin film thickness calculations.

In the case of reflectance, the incoming light ray is reflected from both the air-film interface and from the film-substrate interface. The two rays combine and the depending upon the materials n, k, and thickness as well as upon the angle of the observer, a spectral interference pattern is observed. This is because the two reflective waves both constructively and destructively interfere...the choice depending upon the wavelength of the light. Hence the interference spectrum. Thicker films have a greater number of oscillations over a given wavelength range while thinner films have fewer.

This same process also occurs with transmission. In either case, once the spectrum is acquired, the next step is to model the spectral results to determine the thickness of the films.

The n and k values are known over the wavelength range being measured. Models have been developed, with few variables, that describe the film's optical properties.

The film's thickness is determined by comparing the reflectance or transmission spectrum with the results of the model that incorporates trial values for thickness and the known values for measurement angle, as well as the n and k values across the spectral range. The thickness values are varied iteratively until the results from the model match those of the microspectra™ of the film itself. Film thickness measurements of multiple layers can be measured in this manner.