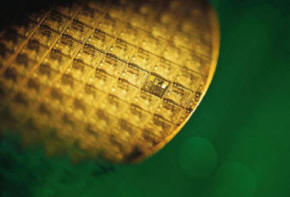 CRAIC Technologies™ has developed CRAIC Filmpro™ software for you to use with CRAIC instruments. When added to a CRAIC microspectrometer, CRAIC FilmPro™ is able to MEASURE the film thickness values of thin films by reflectance or transmittance. You can do this over microscopic areas the micron scale and with many different substrates. This allows you to ANALYZE not only thin films on substrates such as silicon, but also thin films on glass or quartz commonly found in flat panel displays. You will find the software very easy to use and reports can be printed and saved of any calculations. Additionally, automation packages can be added yielding the ability to automatically monitor film thickness variations over the surface of the sample.

CRAIC FilmPro™ is designed to control your CRAIC Technologies microspectrometer and allow you to acquire data and determine the thickness of thin films of microscopic areas in both transmission and reflectance.

The lit microscope base and the lit octagonal optical head are trademarks of CRAIC Technologies, Inc. CRAIC Technologies, 2030PV™, FLEX™, 508PV™, Apollo™, GeoImage™, rIQ™, Lambdafire™, Lightblades™ and "Perfect Vision for Science" are all trademarks of CRAIC Technologies, Inc. Instrument features offered depend upon instrument configuration. Features listed here may not be present in some configurations.
*Features and specifications depend upon instrument configuration. Specifications subject to change without notice.
UV-visible-NIR microscopes, UV-visible-NIR microspectrometers and Raman microspectrometers are general purpose laboratory instruments. They have not been cleared or approved by the European IVD Directive, the United States Food and Drug Administration or any other agency for diagnostic, clinical or other medical use.